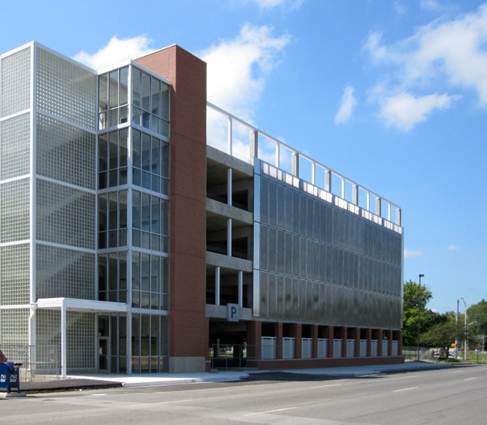 Project Information: Before the first garage was complete it was determined that a second was needed. After a request for proposal process, Buckingham of Indianapolis was selected for the development.  The $7.6 million, 700 space garage has been developed, and because of that Cummins built a 100,000 SF facility to house 550 new employees and generate $40 million annually is salaries.  Buckingham completed their $18.5million project in 2010 for 146 apartments and 9,000 SF of retail space.