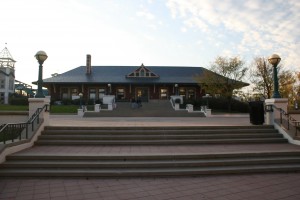 Project Information: As part of a major project to consolidate rail service to a corridor along the Wabash River, the Depot was moved, a plaza was created, Main Street Bridge was repurposed and a trail was completed. The historic depot was relocated to a site along the new railroad alignment where it can once again functioned as a train station.  Additionally, a plaza was created that brings together the depot, railroad, and pedestrian bridge in a seamless design that will also provide a gathering spot for the citizen’s of the community. A trail was a component of the project connecting Lafayette to West Lafayette. This is also part of a $190 million railroad relocation